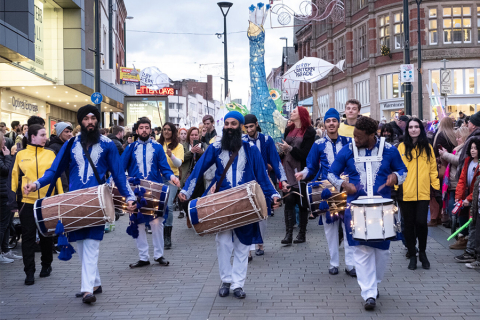 How wonderful to see local performers and children in the Derby Lantern Parade who turned out to be the shining stars at the Christmas Lights event last Saturday – showcasing our city’s diversity and how light and positivity brings us all together.

Although it was obviously disappointing that singer Simon Webbe was unable to perform at the event – there was much to celebrate and to entertain the expectant crowds.

The evening began with the Derby Season of Light lantern parade which, I am proud to say, was organised by Surtal Arts in partnership with several other organisations including Derby Museums.

More than 300 children and families from five city schools (Redwood Junior, Firs Primary, Allenton Primary, Grampian Primary and Da Vinci Academy) joined the parade - holding lanterns they had made with us in a series of workshops and at Museum of Making. 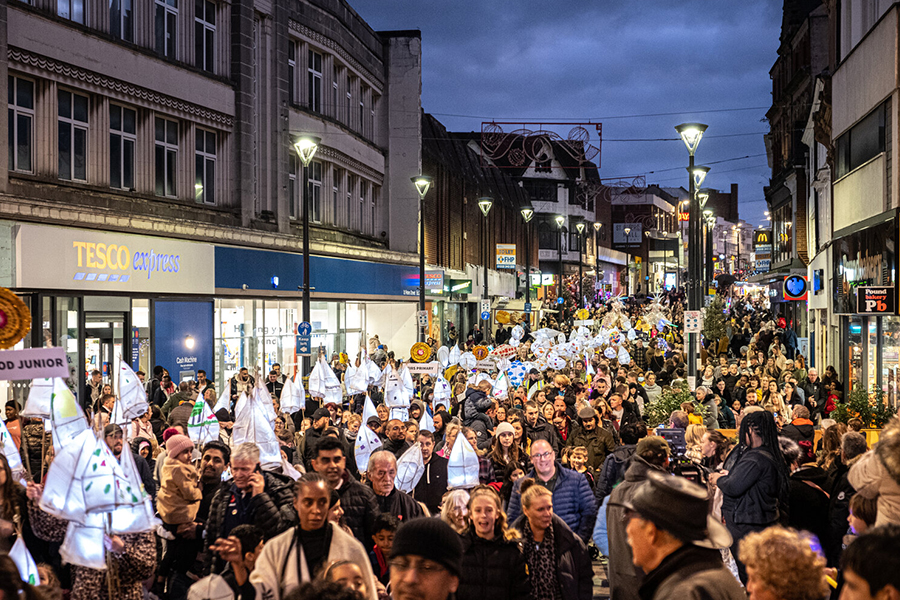 The atmosphere was literally electric with Fusion drumming by Dhol Frequency and colourful Bhangra dance by Punjab Bhangra Crew.  The parade culminated in a high-energy dance ‘Our City of Making’ directed by Surtal Arts which was a unique fusion of traditional Indian and Ukrainian dance performed by Nachda Sansaar and Hoverla Dance Ensemble.

The lantern parade has been a key part of Surtal Arts’ Derby Season of Light festival which has included workshops, community events and arts performances between October and December – coinciding with major cultural and religious festivals including Eid, Diwali, Bonfire night and Christmas – which all share the common theme of ‘light’.

As an organisation, we are proud to be based in a diverse city which is home to 182 different cultures and to shine a light on the commonalities of all these different cultural celebrations.

The Christmas Lights Switch On reminded us all that local people’s positivity, eagerness to come together to celebrate the city’s cultural diversity and the joy that can be found in creativity is what makes Derby truly special.