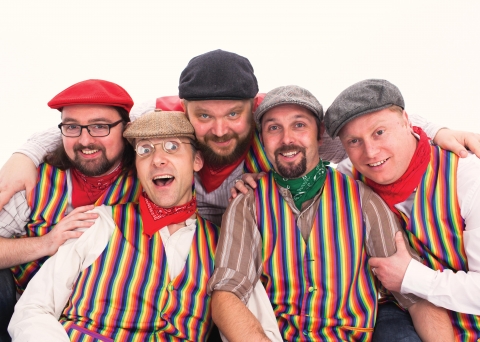 The first Buxton Comedy Festival is on its way to the town this summer, as part of a 4-day event (31 Aug to 3 Sep), sponsored by Thornbridge Brewery. The barrels of beer and laughter ‘combo’ is the brainchild of Buxton Opera House, where many of the events will take place – alongside its sister venue, the Pavilion Arts Centre.

Top comedy names on the bill include the sometimes controversial stand-up comedian Jimmy Carr (headlining Sun 3 Sep), with his Best Of show. Whilst I'm a Celebrity favourite Joel Domett plays the main-stage (on Sat 2 Sep), proving why he’s a rising star on the circuit.

On Friday night there’s a fusion of both comedy and music, from the northern knees-up legends, Lancashire Hotpots. Skip to the following afternoon in the Pavilion Arts Centre and there’s a double-bill of Tanyalee Davis and Damian Kingsley. Damian is both funny and kind, recently performing 120 gigs, as part of his “penniless comedy tour” from Land’s End to Edinburgh – raising an astonishing £21K for Shelter! Tanyalee Davis, known as the Ferrari of comedy due to her “3’6″ stature and racy material will deliver her hilarious show Actual Size.

For children aged 6+ the joke is on them during Saturday afternoon’s Comedy Club 4 Kids (Arts Centre) with clean stand-up and sketches, all aimed at children and their childish adults. For a ‘Sunday funday’ The Kagools are in town, a multi award-winning physical comedy duo ––treating us to their spontaneous buffoonery.  Look out as they have their own anorak fan base! Of course the line-up wouldn’t be complete without the monthly Buxton Buzz Comedy club, in situ during the festival on Friday night in the Arts Centre. Comedy films are also on the bill: Mon Oncle, The Ladykillers and Funny Bones.

Other events during the festival include a Clowning Improvisation Workshop (Sun 3 Sep) and to open the festival (Thur 31 Aug) is The Man with the Twisted Hip as part of the hilarious  comedy drama The Game’s A Foot, Try the Fish – packed with non-stop laughs from start to finish.