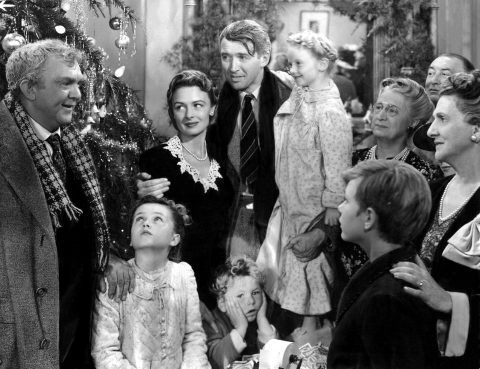 It’s now officially time to talk about the ‘C word’ over in Buxton, where there’s a stunning array of events on the agenda to make your festivities extra sparkly this year. Of course Christmas wouldn’t be the same without the annual traditional family pantomime and what better place to watch it than the fairy-tale setting of Buxton Opera House.

This year the popular story of Snow White and the Seven Dwarfs will be retold with all the usual catchy dance routines, hilarious comedy, madness and mayhem, from Saturday 10 December to Sunday 1 January.  James Holmes (Clive from Miranda) who played the dame in last year’s pantomime is back by popular demand along with Lucy Dixon (Danielle Harker from Waterloo Road and Tilly Evans from Hollyoaks) as Snow White.

There’re plenty of other events to look forward to; Low, the American indie rock group from Duluth Minnesota will be bringing their austere, hypnotic ‘slowcore’ music for a ‘Christmas performance’ on (Friday 2 December). If you like your festive music played by a big brass band then don’t miss A Christmas Spectacular of Brass and Comedy with Brighouse & Rastrick Band and Norman Prince (Saturday 3 December).

Jazz swooner Andy Powell will be working his way through the music of Bobby Darin, Nat King Cole, Matt Monroe and many more (Sunday 4 December).  Or for a Christmas celebration of viola, saw, harp and beautiful singing look no further than Emily Portman and the Coracle Band at the Pavilion Arts Centre (Sunday 11 December).  The acclaimed singer-songwriter Teddy Thompson famously the son of singer-songwriter Richard Thompson will be performing with his rockabilly cover band, Poundcake (Tuesday 13 December).

For a low cost alternative get in the Christmas spirit with big screen showings of the films Elf and It’s a Wonderful Life in the Pavilion Arts Centre (on Thursday 22 and Friday 23 December respectively).

After Christmas the Opera House counts down to its annual New Year’s Eve Gala Concert with the esteemed British Philharmonic Concert Orchestra. Champagne will be flowing when the beautiful theatre rings in 2016 with a night of orchestral favourites from opera, ballet and film and as always the evening will be preceded by a three course gala dinner, this year in the Pavilion Gardens complex.

The fun doesn’t stop in January; the resplendent Russian State Ballet of Siberia performs Swan Lake and The Nutcracker from Thursday 5 to Saturday 7 January.  The Russian State Ballet of Siberia has established itself as one of the world’s leading ballet companies and has built an international reputation for delivering performances of outstanding quality, breath-taking physical ability and dazzling costumes.

To find out more about Buxton Opera House & Pavilion Arts Centre events or to book tickets go online at www.buxtonoperahouse.org.uk or telephone the Box Office on 01298 72190.