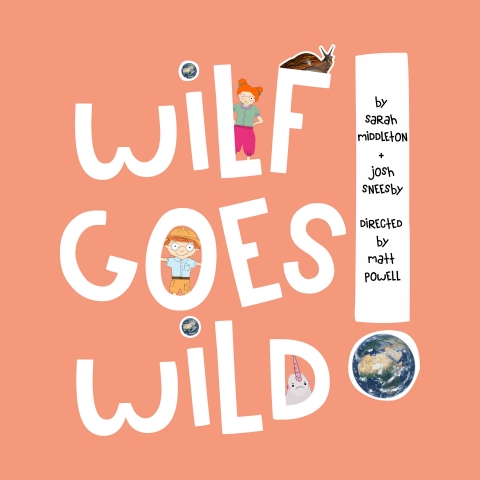 Presented as a free 15 minute pilot episode online, ‘Wilf Goes Wild’ follows the adventures of self-proclaimed explorer Wilf, and his older sister Willow, as they learn about the world around them, meeting memorable characters along the way and teaching children they don’t have to leave the house to have an adventure!

Sarah and Matt both have a long association with Derby having both been raised within the city’s creative community and were keen for the show to be seen by local audiences.

“It’s been such a tough year for so many people” Matt explained, “and December felt like the perfect time to launch the show, something to hopefully raise people’s spirits! We’ve had over 20 schools sign up to see the show with plenty of activities online to keep children entertained over the festive break, we can’t wait for you to meet Wilf and join in his adventures!”

Wilf was first introduced as part of on hope: a digital song cycle, curated and produced by Matt Powell, Victoria Saxton & The Other Palace, earlier this year.

Following a positive response, plus additional support from Arts Council England, now has a show all of his own.

Wilf Goes Wild is a vibrant and colourful musical filled with memorable songs, launching from 9am on Thursday 17th December at www.wilfgoeswild.co.uk.