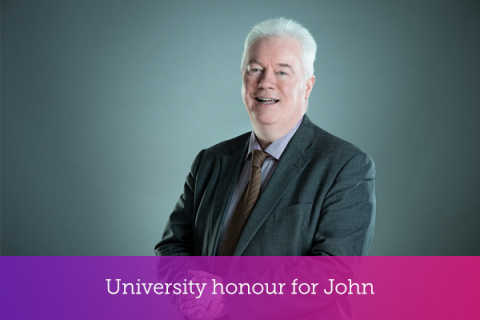 Marketing Derby managing director John Forkin will be named an Honorary Doctor of Bondholder the University of Derby at a ceremony next week.

The award is made in recognition of his tireless work to get investors to ‘think Derby’ for more than a decade and Marketing Derby’s efforts to generate investment and development in the city for over 12 years, contributing to the creation of over 4600 new local jobs.

John said: “To be honest, I was totally surprised but also equally delighted to be offered the award. So many people have contributed to the development of the city and the University and it's a genuine honour to be considered. Derby is a city of innovation in ideas and making and I'm keen to support our continued evolution as an attractive location in which to live, work or visit."