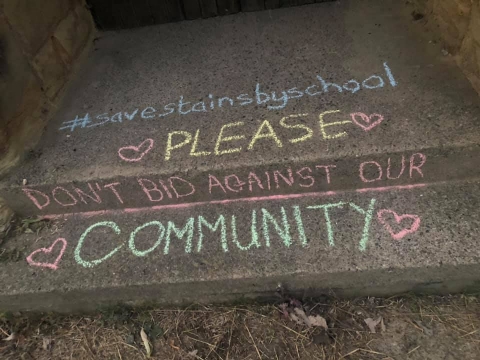 Stainsby Festival has been named one of the consortium that are helping campaign against the demolition of the Stainsby Schoolhouse, which has been a firm base for the festival over the past 50 years.

The campaign was originally formed back in April 2016, but has recently sparked up interest when The National Trust announced it was considering selling the property. In a Facebook community group called 'Save Stainsby School', which was created by the locals of Stainsby, a flood of posts in the discussion page demonstrate the long-standing fight against The National Trust.

The community have put together 2 videos: The longer video tells the story. The shorter one is a campaigning tool. Any publicity would be appreciated.

You can visit the Save Stainsby School community Facebook page here.