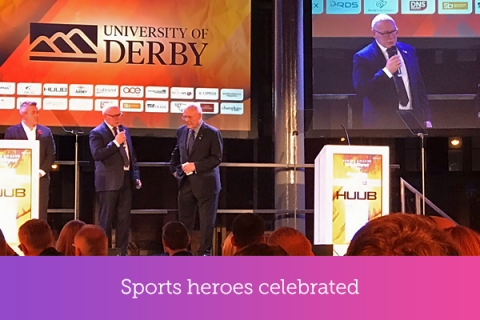 Hundreds of people attended the 2019 Derby Telegraph Sports Awards ceremony to honour the sportsmen and sportswomen of Derbyshire at Bondholder The Roundhouse last night.

The ceremony was organised in association with Bondholders Champions UK plc and sponsored by Smith Partnership.

Guests saw Ben Connor and Jess Turner lead the roll of honour. Connor, a middle distance runner from Derby, was named Sportsman of the Year, while Turner, a 400m hurdler from the city, won the Sportswoman of the Year prize.

The evening finished with the presentation of a Lifetime Achievement Award sponsored by Bondholder HUUB to Derby County owner and chairman Mel Morris CBE.

After receiving the award, Mr Morris said: "It's humbling because my involvement at the club is time and money but it is literally down to the people there and I have had some great help.