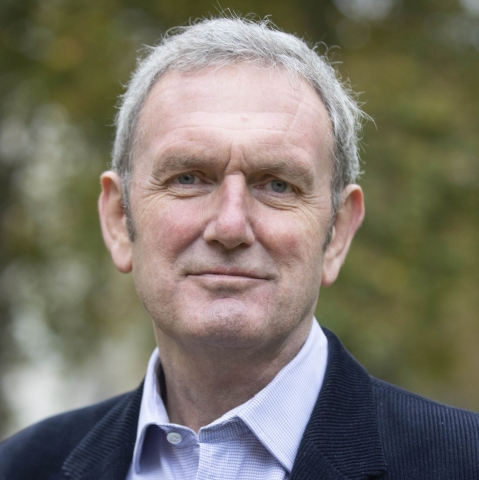 Organisers of the Derby Book Festival say tickets for a forthcoming talk with author Valentine Low are selling strongly after his book lifting the lid on life in the Royal Family was serialised in a Sunday newspaper.

Valentine, whose book, The Courtiers, was launched last month, has been lined up to talk at the festival’s autumn edition, which takes place from November 4 to 6.

The book is described as the inside story of the power struggles within Buckingham Palace, through the eyes of the members of the vast team of courtiers who act as advisors to the Monarch.

Valentine is royal correspondent for the Sunday Times, which ran a series of excerpts of the book last month and for whom he broke the story concerning allegations of bullying against the Duchess of Sussex, Meghan Markle.

The book looks at this in depth and also looks to the future by asking what, with a new king on the throne, will happen next to the Royal Family following the death of Queen Elizabeth II.

Valentine is one of 12 authors lined up to appear at the Derby Book Festival’s autumn edition, alongside acclaimed writer Raynor Winn who returns to the city with her third book, Landlines, and maritime archaeologist Mensun Bound, who led two expeditions to find Sir Ernest Shackleton’s ship Endurance in the waters of the Antarctic.

Fellow journalist and controversial columnist Simon Heffer will also be talking about his book, The Diaries of Henry “Chips” Channon, while TV and radio journalist Nick Wallis will be discussing his investigation into The Great Post Office Scandal.

And fans of BBC One’s Strictly Come Dancing will be able to see one of last year’s most popular contestants, the Channel Five TV presenter Dan Walker, talking about his second book, Standing on the Shoulders.

Tickets for the autumn edition went on sale on September 26 and all 12 author events are taking place at QUAD in the Market Place across the three days.

Sian Hoyle, co-organiser of the festival said: “Understandably the Royal Family have been the focus of everybody’s attention recently and so it’s no surprise that Valentine’s forthcoming appearance at our book festival is attracting attention and strong ticket sales.

“We’re also receiving extremely strong interest in Raynor’s appearance, which is also no surprise since her book is in the top 10 best-selling non-fiction books at present, while it seems that Derby’s legions of Strictly fans can’t wait to hear what secrets of the show Dan Walker might be sharing when he appears on the Saturday.

“The autumn edition is designed as a taster for our main book festival in May, so it’s really heartening to see such early interest in what is a diverse and fascinating line-up.”

Derby Book Festival is organised in partnership with all the major arts and cultural partners in the city with funding from the Arts Council England, the University of Derby and more than 20 businesses and individuals across the city.

Throughout the festival there will be a stall selling all the books featured at the event, as well as signed books from previous festivals as well as a selection of Book Aid Charity Christmas cards and children’s books.

There will also be a Book Fair at the Museum of Making on November 6, from 11am to 3pm with a range of stalls, including local authors, booksellers and book crafts.

Money raised goes towards the festival’s year-round community activities, engaging with children, students and staff at primary and secondary schools, Derby College and the University of Derby, offering opportunities to meet authors, explore new books and create their own stories and illustrations.

The festival also runs a shared reading project enabling people in care homes, hospital, prisons, libraries and community centres to listen to and share their thoughts about poetry at weekly and fortnightly sessions.

This year a Festival Pass is available providing access to multiple events.