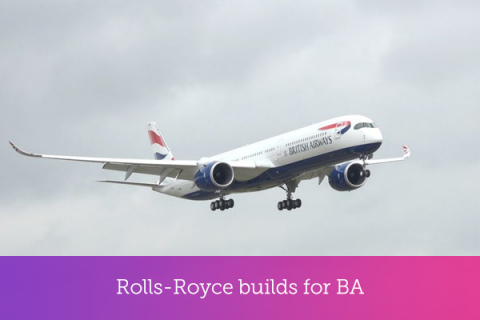 British Airways has taken delivery of its first A350 aircraft, powered by engines made in Derby by Bondholder Rolls-Royce.

The airline has ordered a total of 18 aircraft, all of which are powered by Trent XWB engines designed, developed and built in Derby, and got its hands on its first A350-1000 at Airbus’ headquarters in Toulouse, France.

The delivery of the first aircraft makes British Airways the first operator of the A350-1000 in the International Airlines Group (IAG). The new aircraft features a Club Suite section - the first new business class seat for British Airways in 13 years.