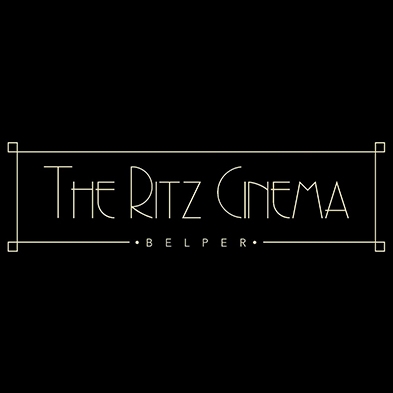 Visit The Ritz Cinema in Belper for their spectacular showing of the new James Bond 007 release 'No Time To Die.

Start your 007 experience with a special Bond menu:

Need a comfort break and don’t want to miss the action? Know the second half of the film will be much improved with an ice-cream? These screenings are for you, featuring a 15 minute intermission around the halfway mark. Reserve your drinks and snacks on the way in and they will be ready at the interval. Ice cream will be on sale the old-fashioned way in the auditorium.

What else is there to watch?

Marc-André Leclerc climbs alone. On remote alpine faces, the free-spirited 23-year-old Canadian makes some of the boldest solo ascents in history. With no cameras, no rope, and no margin for error, Leclerc's approach is the essence of solo adventure. Nomadic and publicity shy, he doesn’t own a phone or car, and is reluctant to let a film crew in on his pure vision of climbing. Breath-taking - a must see on the big screen!

Anthony Soprano is growing up in one of the most tumultuous eras in Newark’s history, as rival gangsters begin to challenge the all-powerful DiMeo crime family’s hold over the city. Caught up in the chaos is the uncle he idolises, whose influence will make the impressionable teenager into the mob boss we’ll later come to know - Tony Soprano.

Martial-arts master Shang-Chi confronts the past he thought he left behind when he's drawn into the web of the mysterious Ten Rings organization. From Marvel Studios, this is the 25th film in the Marvel Cinematic Universe! Blending the best of super hero action with traditional martial arts.

Events unfold over a single morning in a 911 dispatch call centre. Gyllenhaal plays Joe, a troubled police officer demoted to call duty, who receives a call from someone in grave danger. Nothing is as it seems and plenty of shocks, twists and turns ensue as he must face the truth.

This October, Cliff Richard invites you all to be part of the most fabulous big screen party of the year! The Great 80 Tour will be broadcast LIVE from the Royal Albert Hall to your local cinema. Featuring a selection of his greatest hits, this will be his most exciting tour yet. His incredible energy and passion on stage will sweep you off your feet and be sure to have you swaying in the aisles.

Blade, who is part-vampire, part-human becomes a vampire hunter to protect the human race. His goal is to rid the world of all vampire evil.

The Sanderson sisters are resurrected this Halloween! 300 years after their execution, a trio of witches are awoken by Max, a young boy who has recently moved to Salem with his family, after he lights a cursed Candle of Black Flame. Their reign of terror begins and the sister seek their revenge on those that wronged them all those years ago...

Classic horror thriller from 1991 that will have you gripped from beginning to end. We dare you to see this film on the big screen!