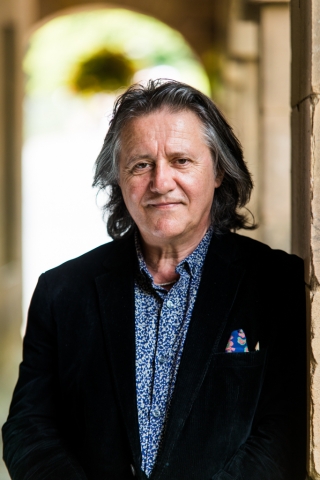 At the end of his seven-year tenure, Stephen has confirmed that the 2018 Festival will be his last at Buxton and he will be leaving in late July.

But new Chief Executive Officer Michael Williams said that he was delighted to confirm that Stephen will conduct one of the Festival opera productions in 2019, which sees the 40th anniversary of the Festival.

Stephen joined Buxton in 2011 and has transformed the Festival, bringing it to greater national and international attention. He programmed a succession of operas cementing Buxton’s reputation for championing lesser performed operas by well-known composers including Leonore (Beethoven), Louise (Charpentier), The Jacobin (Dvořák), La princesse jaune‚ (Saint-Saëns), Intermezzo (Strauss), Kaschei the Immortal (Rimsky), Maiden in the Tower (Sibelius) and Otello (Rossini).

He was also responsible for programming the early Verdi trilogy, with three times Olivier award-winning opera director Elijah Moshinsky, of Giovanna d’Arco, Macbeth (1847) and finally Alzira, which is to be given its first major UK staged production at Buxton this summer, conducted by Stephen.

He has dedicatedly supported artists, many of whom have made role debuts and UK debuts in Buxton. He has also helped Buxton International Chorus members transition to principal roles, offering Buxton as a performance platform for up-and-coming artists.

“It has been my special pleasure and privilege to bring so many fine artists and ensembles to Buxton's beautiful Opera House and surrounding venues, in a mix of the lesser and well known operatic and concert repertoire for a festival audience whose curiosity and enthusiasm has been truly gratifying,” he said.

“I shall miss enormously the exhilaration of the festival atmosphere and the scintillating immersion in operas, concerts and books that enlivens the lovely spa town and wider region each summer, but look forward to returning as a visitor in whatever capacity. I wish the newly appointed Chief Executive every success in the next chapter of Buxton Festival's development.”

Buxton International Festival Chairman Felicity Goodey said: “The Board of Buxton International Festival, the staff and I are incredibly grateful for the tireless work Stephen has undertaken to steer and support the Festival over the past seven years. His imaginative artistic planning together with his remarkable skill and energy as a conductor will be sorely missed, but we wish him very well with his future plans.”

Stephen has also worked to develop new partnerships for Buxton including with Music Theatre Wales whose work at Buxton includes The Golden Dragon (Eötvös), The Killing Flower (Sciarrino) – both UK premieres –  and Y Tŵr (Puw) and with Baroque company La Serenissima, who have bought a succession of early opera and concerts over the years including La Sena festeggiante, L’Olimpiade, L’Ottone in villa (Vivaldi).

His expertise as a conductor has been of enormous benefit to Buxton, and he has built up a strong relationship with the Northern Chamber Orchestra and more recently with The English Concert.

The Music series has flourished with the likes of Roderick Williams, Christian Blackshaw, Melvyn Tan, The Fibonacci Sequence, The Fitzwilliam Quartet, Imogen Cooper, Joanna MacGregor and the Brodsky Quartet all gracing Buxton’s concert venues during the Festival weeks.