A workshop, scratch night and post-show Q&A for our show in progress, OTHELLO'S SISTER, was a success in Sheffield with lots of positive feedback from participants and audience members.

Lauren Nicole Whitter is now preparing to run a community workshop and perform at a scratch night in January in Derby.

Lauren's story, inspired by Shakespeare's OTHELLO, moves between the 1950s (where she plays Othello's sister, Sherronlynetta) and contemporary Britain (where Lauren plays herself). She examines what it means to be Black, British and female today and looks back at life for women whose family members came to the UK from the Caribbean in the 1950s.

Asked what they enjoyed about Sherronlynetta's story, members of the Sheffield audience said:

Asked why her story was important, the comments included: 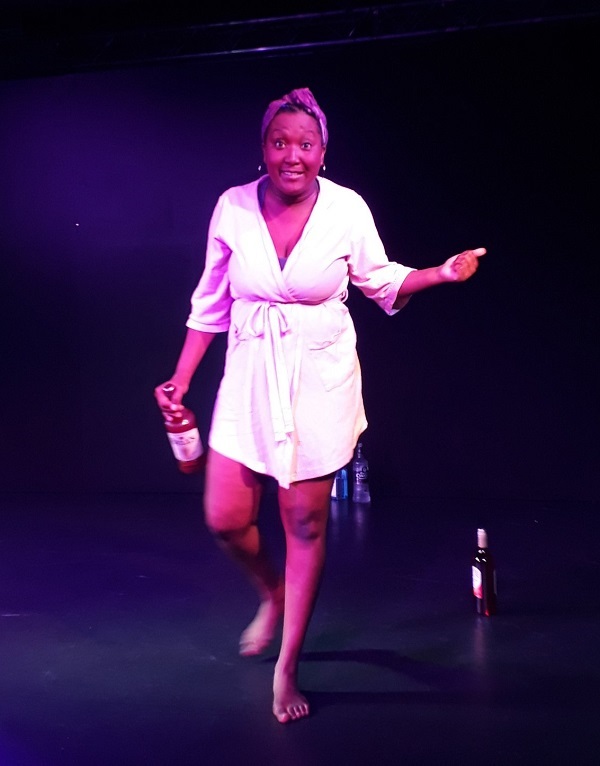 The show is still a work in progress and you can see its next scratch performance on Wednesday, January 22, from 7.30pm-9pm, at The Maypole Cafe Bar & Theatre, Brook Street, Derby DE1 3PH. Tickets are £5, available on the door only

One week earlier, on Wednesday January 15, from 6pm-8pm, also at The Maypole, Lauren will lead a workshop for people who identify as Black, British and female. There's no charge to participants and you can reserve a place through this Facebook event, or email messages@1623theatre.co.uk. Lauren will be delighted to meet you. You will be able to share your own experiences and stories in a safe environment and create your own piece of writing, theatre or spoken-work performance. There is an opportunity to perform them in the first half of the scratch show on Jan 22 or have Lauren perform them for you, or just keep them for yourself.