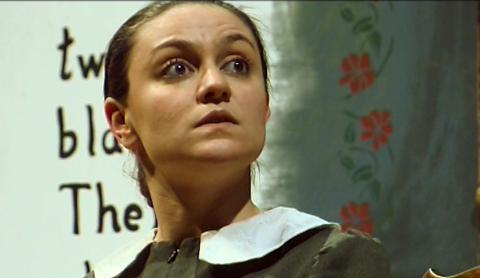 Oddsocks is enjoying a growing online popularity as fans who are used to seeing them in the open air over the summer months are settling down regularly on a Friday night to enjoy each weekly offering instead. They are even sending pictures of their living room picnics to the company after the event.

This Friday's upload, which will be available until the end of lockdown, is Oddsocks' 2004 production of Jane Eyre. "It is perhaps one of the most popular of all our past productions" says Artistic Director Andy Barrow who adapted and directed the production, "followers often ask us if we are going to tour the production again as people have such fond memories of it". To watch the production and all the others which the company have recently released people need to go to youtube and find the Oddsockscomms channel or click on the following link https://youtu.be/zFqOGlONUhA

All the company's online performances are free to view but audiences are invited to support the freelance creatives who made them by donating by going to http://www.oddsocks.co.uk/online-performance-donations Elli Mackenzie Creative Producer at Oddsocks who also played Mrs Reed and Mrs Fairfax in the production, is available for interview on 01332 556515 or can be contacted by email at elli@oddsocks.co.uk Images are available to download from http://www.oddsocks.co.uk/oddsocks-resources

For now enjoy a teaser of this Friday's Oddsocks performance premiere: