Modern garden villages are not the Eden they pretend to be 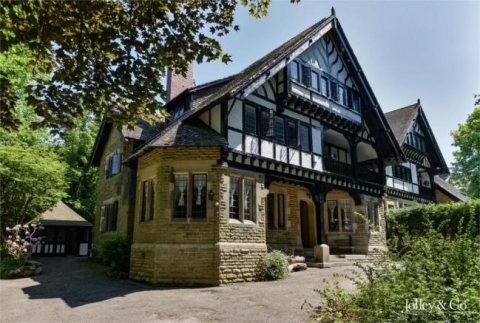 A trend in describing modern housing developments as “garden villages” is an abuse of the origin of the term, a leading estate agent has said.

Andrew Jolley, who is supporting Buxton International Festival in its celebration of the work of architects Richard Parker and Raymond Unwin who began their careers in the town, said their ideas had led to the creation of garden cities such as Letchworth and Welwyn as well as Hampstead Garden Village in London.

However, many planning authorities currently revising their Local Plans are referring to large new settlements as so-called ‘Garden Villages’ which are being constructed with homes so close to each other that people can look into each other’s windows, which is an abuse of the term.

Parker and Unwin began their partnership in 1896 in Buxton, but went on to use ideas from the Arts and Crafts Movement to create homes rather than just houses. They began with houses for the rich, but later pioneered homes for workers on streets with large green spaces to give them respite from the heavy industry which employed them.

“Planning Departments are trying to sell the concept of garden villages but without the true meaning. The whole concept was to create the right social environment for people to live in harmony and to create a feeling of well-being.”

“We have a very small country where land is at a premium, but that premium should not be used at a cost to the environment, or our social well-being,” said Andrew.

“High density housing schemes are essential to save our greenbelt but the term Garden Village should not be applied.” he said.

“Planning mustn’t just embrace the countryside and the environment; it should also enhance our own well-being and work in harmony with our green spaces.”

Andrew’s firm, Jolley & Co, was approached for help on information on Parker and Unwin as they are currently selling the first house they designed together, Sevenways on College Road, which will feature in a walking tour of the town’s history.

“It’s a building of particular importance in the history of architecture, in particular, the Arts & Crafts Movement,” said Andrew.

The walk, which is already sold out, will be led by architecture and design historian Alan Powers, who will be also presenting a talk on Twentieth Century designer Enid Marx as part of the Festival’s new salon series of debate and discussion in the luxurious surroundings of another graceful Buxton home, Moorcroft House, from 7.30 to 9 pm on July 9.

For more details, go to https://buxtonfestival.co.uk/whats-on/the-literary-salon-alan-powers

For more photos of Sevenways, contact Andrew Jolley via https://www.jolley-co.com/