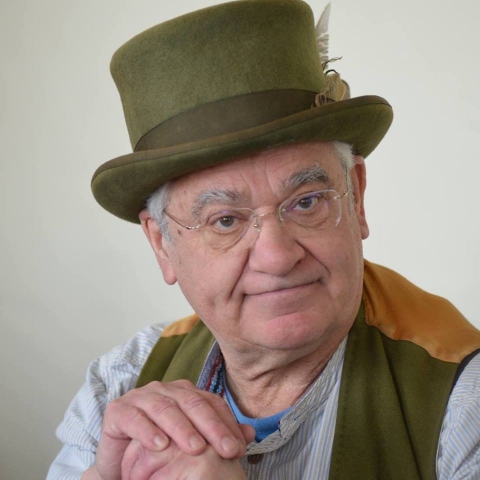 Stories commence 7.30pm On Friday the 5th of October

Matlock Storytelling Cafe would like to invite you to join us as we welcome our first guest storyteller of our new season, the amazing Michael O'Leary. Mike is based on the south coast and will be visiting Matlock for one night only in order to bring us his spellbinding performance of....

Here be creatures betwixt land and sea; malefic mermaids playing bone harps, amphibious creatures of elder and marsh water in a land of corpse candles and signals in the dark, the funeral path that leads under the sea - these are stories from the places Mike goes on his storytelling journeys. That is - until he came to Matlock, which is high but not dry.

Mike uses pipes and flutes and his musical walking stick, and an instrument made from a device whose former medical use is unmentionable. They are stories of place and locality. Maybe not your place and locality - but hopefully they encourage people to value their own localities, and the stories that whisper and flutter around them.

We have an entrancing night in the offing in the hands of a master storyteller. Do come and join us.

As always we will have a tasty soup and some magnificent cakes on offer along with Tea and Coffee etc. if you want booze that's fine but you'll need to bring your own.

Once again we're on the first Friday of the month so that's Friday the 5th of October.

Tickets are £7 each and you can find us in the Imperial Rooms, imperial Road, Matlock. DE4 3NL.