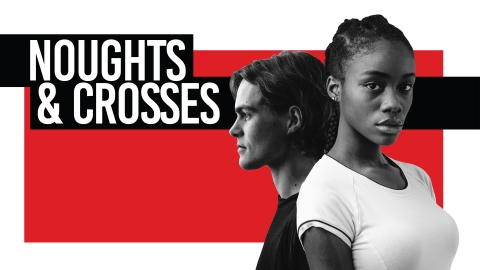 Derby Theatre will kick off 2019 in spectacular style with a stunning programme of shows, a spring season which promises something to suit all theatrical tastes.

From Friday 1 until Saturday 16 February, Derby Theatre, in co-production with Pilot Theatre, will present Noughts and Crosses by Malorie Blackman. Sabrina Mahfouz’s exciting new adaptation of Blackman’s critically acclaimed young adult novel of first love in a dangerous fictional dystopia is told from the perspectives of two teenagers. Noughts & Crosses is a captivating love story set in a volatile, racially segregated society and explores the powerful themes of love, revolution and what it means to grow up in a divided world.

Noughts & Crosses will be the first co-production between Pilot Theatre, Derby Theatre, Belgrade Theatre Coventry, Mercury Theatre, Colchester and York Theatre Royal who have recently formed a new partnership to develop theatre for younger audiences.   From Wednesday 27 February until Saturday 2 March, we will produce and present, in association with Tamasha, What Fatima Did by Atiha Sen Gupta (writer of recent Derby Theatre production, Abi), a funny and provocative exploration of attitudes to identify, freedom and multiculturalism in contemporary Britain.

Next Easter, we are incredibly excited and proud to announce that Derby Theatre will produce and present a thrilling adaptation of Rudyard Kipling’s The Jungle Book, a magical theatrical adventure for ages 6+ and their friends and family with original music, outstanding actor-musicians and a stunning set and costumes. Each performance of The Jungle Book will have fully integrated BSL interpretation and will be captioned, making it perfect for hearing and deaf audiences.

Topping the touring list for the spring will be: Avenue Q, winner of the Tony Awards’ ‘Triple Crown’ for Best Musical, Best Score and Best Book which is part flesh, part felt and all heart, a laugh-out-loud show that’s had sell-out runs on Broadway, in the West End and all across the UK; Caroline’s Kitchen by Original Theatre Company, a laugh-outloud take on marriage, privilege and class, a searing, sharp, state of the nation comedy; My Mother Said I Never Should by London Classic Theatre, a poignant, bittersweet story of love, jealousy and the price of freedom  which details the lives of four women through the immense social changes of the twentieth century;  Approaching Empty, a Tamasha, Kiln Theatre and Live Theatre production, a razor-sharp new drama by awardwinning playwright, Ishy Din set in Northern England in the aftermath of Margaret Thatcher’s death; Much Ado About Nothing presented by Northern Broadsides and New Vic, Stoke, Shakespeare’s glorious romantic comedy that will star Reese Dinsdale; Remains of the Day presented by Out of Joint and Royal  & Derngate, Northampton, a stage adaptation of 2017 Nobel Prize winner Kazuo Ishiguro’s novel , which also became a beloved Merchant Ivory film and Turn of the Screw, a new adaptation of Henry James’ iconic tale which was the original inspiration for Susan Hill’s The Woman in Black.

Family theatre in the main house and Studio next spring includes: The Worst Witch adapted from Jill Murphy’s original books by Emma Reeves (for ages 7+); Rabbit Girl and The Search for Wonder, a new family show with music, animation and puppetry (for 4-8 year olds); Intotheclouds, a playful, sensory and highly visual experience for very young children and babies (for babies and young children aged 6-18 months). Looking ahead to next summer, we are thrilled to announce that we will present the phenomenally popular, worldwide hit production of Joseph and The Amazing Technicolor Dreamcoat, Bill Kenwright’s ‘amazing’, ‘superb’, ‘wonderful’, ‘brilliant’ production of Tim Rice and Andrew Lloyd Webber’s sparkling family musical.

All productions and events in the spring season are now on sale. For FULL season details, more information and to book tickets call 01332 593939, visit the Derby Theatre Box Office in person or visit www.derbytheatre.co.uk