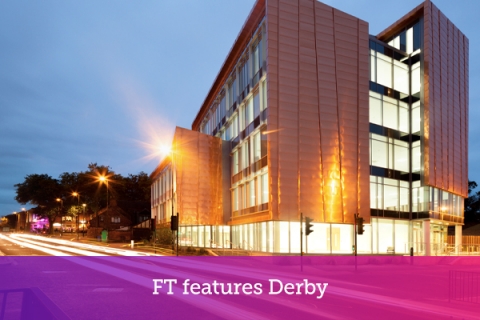 This September, Derby Museums’ celebrated Orrery painting by Joseph Wright will travel to the Science Museum in London as part of an exciting new project exploring the relationship between art and science over the past 250 years: The Art of Innovation: From Enlightenment to Dark Matter.

The Art of Innovation – a partnership between BBC Radio 4 and the Science Museum Group – explores the relationship between art and science over the past 250 years and how it has helped to interpret, study and explore the world around us.

It includes a landmark 20-part BBC Radio 4 series, hosted by Sir Ian Blatchford (Director of the Science Museum Group) and Dr Tilly Blyth (Head of Collections and Principal Curator at the Science Museum), that will redefine the relationship between art and science, presenting technological and scientific change through the lens of culture.

A major new exhibition at the Science Museum will expand on the radio series, showing that just as scientists typically think visually and use visual practice, artists have been inspired by the ideas of science. The exhibition will showcase the breadth of the Science Museum Group Collection, with iconic artworks and objects of scientific discovery displayed alongside major loans from international institutions and artists.

Joseph Wright of Derby’s celebrated painting, A Philosopher Giving that Lecture on an Orrery, in which a Lamp is put in the Place of the Sun, will be on loan to the Science Museum for the Art of Innovation exhibition until January 2020, where it will be shown alongside works from some of the biggest names in visual art including Hepworth, Hockney, Boccioni, Lowry, Constable and Turner.

A masterpiece of British art, Wright’s Orrery was first exhibited in London in 1766 and currently takes pride of place in the dedicated Joseph Wright Gallery at Derby Museums; home to the world’s largest collection of works by Joseph Wright of Derby.

One of three subject paintings that established Wright’s reputation as a highly original artist, specialising in the effects of artificial light, it depicts a red-gowned philosopher demonstrating the workings of the solar system using a clockwork model known as an Orrery.

“This is a very rare loan of Derby Museums’ ‘star’ painting to this prestigious show. Joseph Wright of Derby’s Orrery epitomised the wonder of the Scientific Revolution; the illuminated faces surrounding the model of the universe are curious, intrigued and eager to learn. I’m really pleased that Londoners and visitors to the Science Museum from all over the world will at last get to see, close up Derby’s National Treasure!”

Wright’s work celebrates the relationship between astronomical science and a religious understanding of the cosmos, unique in its time. His Orrery painting will be the first subject of the Art of Innovation BBC 4 Radio series, which begins with an examination of the artist as recorder of scientific progress, recorded on site at Derby Museum and Art Gallery.

The Art of Innovation: From Enlightenment to Dark Matter will TX on BBC Radio 4 from 1:45pm on 16 September and will be available on BBC Sounds.

The Art of Innovation exhibition will open at the Science Museum on 25 September 2019. Entry is free but ticketed.

An accompanying book will be published by Transworld on 12 September and will supplement both the radio series and exhibition.