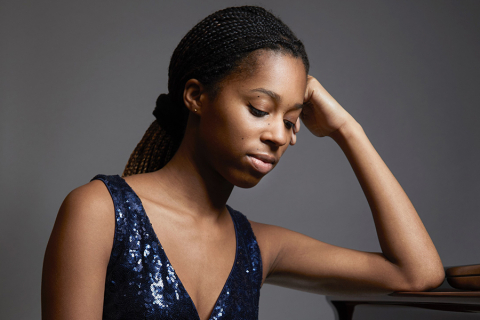 Having successfully made her BBC Proms concerto debut this summer, Jeneba (19) will perform the enduringly loved and romantic masterpiece that is Rachmaninov’s Piano Concerto No.2 at the gala concert which has been a mainstay with local audiences for more than 25 years.

Here, Jeneba talks about the challenges of studying through lockdown, her delight at returning to the stage and how New Year’s Eve will herald the start of an exciting 2023 for her and the family.

“I always love performing with Sinfonia Viva and, as a family, we are proud patrons of the Orchestra.

“Everybody at Viva is always so friendly and welcoming and it is incredible to think that I last performed with them at the 2018 New Year’s Eve concert which seems like a lifetime ago.

“In fact, a great deal has happened since then.  I have obviously grown as a person and a performer in the past three years, but the biggest change has been starting the next chapter of my life to study at the Royal College of Music in London.

“After finishing my A levels during the first lockdown, I was hoping to be able to move to London and start studying in September 2020.

“That obviously did not go to plan and I worked mainly from home as did most other university students.

“With so many of us in the house, it was pretty hectic but I knew just how lucky I was not to be isolated on my own somewhere which must have been hard for so many other people.

“Although most of the lessons were held virtually, I was lucky though to have face to face sessions with my teacher Vanessa Latarche which was a blessing.

“I am now back in College full time and life has felt much more normal since the start of this term in September.” 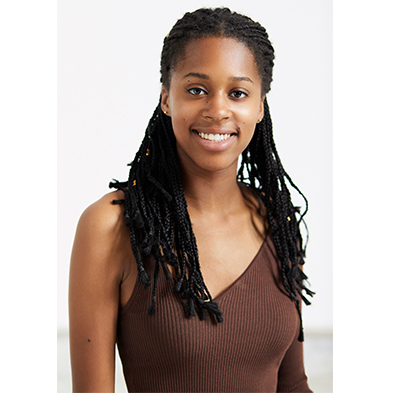 Jeneba has also returned to a busy schedule - combining her studies with performing across the UK including at the BBC Proms this summer.

“Although it was daunting at first to return to performing in front of a live audience, we all consider ourselves extremely fortunate to be given the chance to be back on stage.

“We have had some great concert dates so far and, as well as New Year’s Eve, I will be performing with my two brothers, Sheku and Braimah, at Wigmore Hall on November 21 which I am particularly looking forward to.

“There are also some exciting plans in the pipeline next year including our first long international tour together but I can’t say too much about that yet.”

The Kanneh-Mason family are all planning to be home together this Christmas but New Year’s Eve plans are still up in the air.

“In previous years, we have regularly attended the Sinfonia Viva New Year’s Eve concert which finishes quite early so there is time to either go round to neighbours or be at home with Big Ben and the fireworks on the television in the background.

“I am not sure how many of the family will be around this year although I am sure they will all come to the concert if they can and we will get together afterwards to see in the new year.

“I was overjoyed when I heard I would be performing Rachmaninov’s Piano Concerto No.2 as it is my all-time favourite.  I fell in love with it at an early age and I think it is most /many people’s ‘go to’ piece.

“The Nottingham Royal Concert Hall is the perfect place to perform the piece.  It is such an expansive space with great acoustics but then I am perhaps biased as it is my home ground in the city that I love.

“Nevertheless, the Gala Concert and performing with the great guys at Sinfonia Viva will be the perfect end to one year and prelude to the next.”