Game On For Derby Business Community 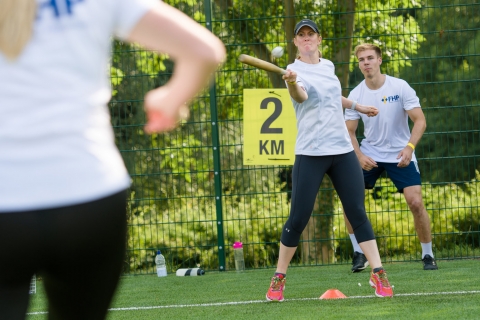 Entries are now open for the third annual Derby Business Games which will be held on Thursday June 20 at the University of Derby in Kedleston Road.

The popular event is organised by Derby-based Choose Sports and England Netball and the headline sponsors are Timms Solicitors.

It is open to teams of eight from local companies who take part in a range of events based on the traditional school sports day.

Teams compete in a wide range of competitions from rounders and netball to egg and wheelbarrow races in the event. The afternoon finishes with relays and a tug of war finale before trophies and medals are presented.

A maximum 32 teams of eight can enter and there will be entertainment, food and drink available for spectators who are invited to come along and cheer on their colleagues, family and friends.

Timms Managing Partner Fiona Moffat said: “The two previous Derby Business Games have been hugely successful afternoons and we have already had a great response from companies who want to take part this year.

“Everybody enters into the friendly but competitive spirit it is always great to see so many people recapture their youth and hark back to their school sports day.”

In last summer’s event, FHP Consulting retained the rounders trophy as well as winning the three-legged and wheelbarrow races. Smith Cooper won the netball, HUUB won the sack race and the egg and spoon title was clinched by Swindell & Pearson.  Cain Henry from HUUB won the welly wanging competition and the tug of war titles went to Fisher German and Swinton Business.

Entries will be accepted on a first come, first served basis. For more information and to enter a team, please email info@ChooseSports.co.uk