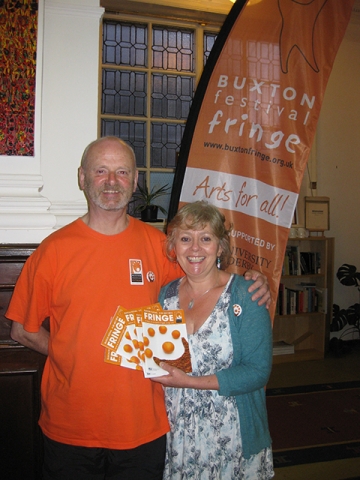 Fringe chair Keith Savage thanked hosts the Green Man, also a key Fringe venue, and all supporters including sponsor The University of Derby, adding: “According to the World Fringe network there are over 200 fringes worldwide and Buxton’s is among the five oldest on the planet… More than 100 of our Fringe shows are ticketed and you can get your tickets now!” The free programme is now widely available and details of ticketing and events can also be found at http://buxtonfringe.org.uk