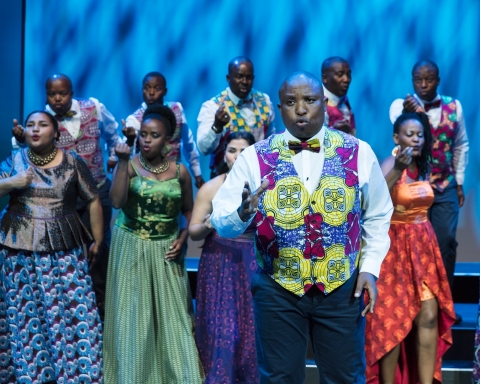 Buxton International Festival raises the curtain on its 2019 programme with a gala concert of opera’s greatest hits.

Artistic Director Adrian Kelly has lined up showstoppers to start the two weeks of music, song and book talks with some of the world’s favourite numbers from Bizet’s Carmen, Strauss’ Die Fledermaus and Mozart’s The Magic Flute to name but three.

“This is the top opera programme of timeless classics – the greatest hits,” said Adrian, who graduated in 2002 as a repetiteur and joined the Festival from his role as Music Director of the Salzburg State Theatre, a position he has held since 2017 after spending seven years as the company’s Kapellmeister.

“These will provide a marvellous introduction to anyone trying out opera for the first time—and if you’re under 35, a ticket will only cost you £5.”

Like all gems, the songs need a proper setting, and the Gala promises a genuine opera experience for seasoned lovers of the art by presenting them as ensemble pieces —duets, trios, quartets and spectacular finales—to give them the correct context.

“That’s what makes this so unusual,” said Adrian. “It’s a treasure trove of true opera moments.”

There will also be a full chorus to complete the experience, and the cast are a mixture of young African singers from Cape Town Opera and students from Manchester’s Royal Northern College of Music, accompanied by the Northern Chamber Orchestra.

“There is going to be a wealth of young talent on the stage,” said Adrian. “Proceeds from this evening’s performance will go to the Buxton Festival Foundation to ensure that it has the financial stability to be enjoyed by future generations.”

Mozart’s The Marriage of Figaro and The Magic Flute are two of his most enduring masterpieces. Bizet’s Carmen boasts more memorable tunes than any other in the repertoire, including the ‘Habanera’, and the ‘Toreador Song’.

For full details, go to https://buxtonfestival.co.uk/whats-on/new-voices