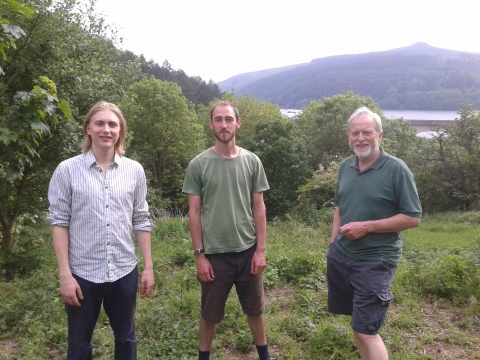 A collaboration between a Hope Valley father and son will be staging its premiere during this year’s Buxton festival. “The Conductor” is a dramatisation by local writer Mark Wallington, of how a concert by Dmitri Shostakovich silenced the guns of the approaching German Army during the famous siege of Leningrad.

Mark, who has previously written plays for radio and television, has teamed up with his musician son Daniel and two young actor friends to recreate the story of the relationship between the composer Shostakovich and the little known conductor Karl Eliasberg. “Danny came across the story in a book by Sarah Quigley,” says Mark. “He’s just finishing his music degree at Trinity College in London and it seemed a perfect opportunity to combine my playwriting with his musicianship, and bring along a couple of fine young actors into the bargain. One of them, Sam Skelton also attended Hope Valley College with Danny.”

With most of the city’s cultural elite evacuated from the city, Eliasburg set about assembling an orchestra - an almost impossible task in a city where most of the musicians were either starving or had been killed in air raids. “The orchestra performed through hastily erected loud speakers along the Leningrad front line. It was made up of a group of ragtag musicians who were half dead from starvation, and the result was one of the most haunting and defiant concerts ever
performed,” says Mark. Shostakovich composed the symphony on the piano, and in this one act drama Danny will play excerpts from the original score while Joe Skelton acts the
conductor, and members of the cast are played by Deborah Wastell