Director of In Limbo horror film, to start filming second film in the trilogy 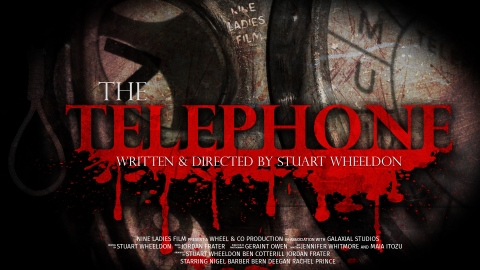 The Telephone is a short horror film, the second part of a trilogy of films being produced by NineLadiesFilm. Our first film In Limbo is an award winning short film of which information can be found at www.inlimboshortfilm.com

Logline.
If YOU heard the calling, would YOU answer?

The Story.
The Telephone follows the story of Richard, a depressive composer whose marriage has collapsed and life seems to have fallen apart around him. He finds himself moving into a bedsit situated above a pub in a rural part of England. Not alone in the crumbling building, he soon becomes aware of the presence of Max, an elderly gentleman whose mysterious character and behaviour attract a certain suspicion from Richard. On the discovery of an old telephone in the attic of the pub, Richard's suspicions rise when he is firstly warned away from the phone and then told not to answer the phone after Its incessant ringing. On the discovery of a murder in the house and talk of hauntings Richard's intrigue is broken. Will Richard be able to stop the ringing, or will the ringing drive him to a new insanity.

The film stars Nigel Barber, who can be currently seen in the new Bond film (Spectre), an is joined by accomplished Irish actor Bern Deegan. The film is written and directed by Stuart Wheeldon and he is once again joined by Director of Photography Geraint Owen. The team is joined on this occasion by Jordan Frater who will be composing the original score for the film. The film is scheduled to start filming in December 2015 in the town of Wirksworth, Derbyshire.