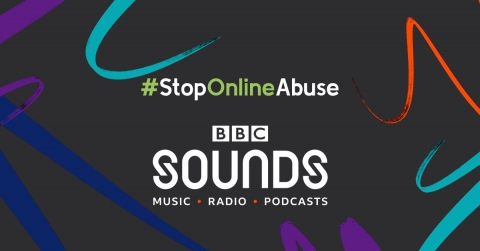 BBC Radio Derby invited Destination Digital’s Managing Director, Debbie Porter, to speak out on the recent social media boycott led by sports organisations across the UK who are seeking to stamp out racism in sport and hate speech across all social media platforms.

The boycott took place from 3pm on Friday 30th April 2021 until just before midnight on Bank Holiday Monday, the 3rd of May. The 4-day blackout led to a complete silencing from sports platforms including the Premiership Rugby, the England Wales Cricket Board, the Lawn Tennis Association, Sky Sports and many Premier League football clubs. This meant that games such as Manchester United versus Liverpool and Newcastle United versus Arsenal, which took place over the Bank Holiday weekend, were not promoted on social media, sending a clear signal to fans on their position on racism in sport.

Steve Jordan presented the afternoon BBC Radio Derby broadcast, along with guest speakers Debbie Porter, from Destination Digital and Tony Burnett, from Kick It Out to talk about this most recent social media boycott.

Debbie spoke before on BBC Radio Derby about Wiley and the anti-semitic rant that eventually led to him being banned from his social media accounts. At that time, the criticism levelled at social media platforms was that they hadn’t moved quick enough. It seems that they haven’t learned their lesson.

The concept of ‘the boycott’ has turned into a mechanism for gaining attention for a cause. As Debbie commented in the interview, “This boycott won’t stop racism in sport, and racism on social media, but it will provide a beacon of public push back that has people pledging their allegiance to stamping out hatred.”

Many well-known faces flooded to social media to express their experiences and support the #StopOnlineAbuse campaign, from former Arsenal and France striker Thierry Henry, to Lewis Hamilton. Debbie urged everyone to look up the series of interviews between Ian Wright and Alan Shearer that explored Ian Wright’s frequent experiences with racism directed at him, an experience he is not immune to in spite of the fame and wealth privileges he enjoys.

Two weeks ago, Instagram announced a tool to enable users to automatically filter out abusive messages from those they do not follow on the platform. Twitter released a lengthy statement in February, stating it was, “resolute in our commitment to ensure the football conversation on our service is safe for fans, players and everyone involved in the game”. The company added it had removed more than 7,000 football-related tweets in the UK that violated its rules.

In one section of the broadcast, Debbie recalled her own experiences with reporting hate speech. Debbie said, “I have reported countless hate speech comments on threads that go way beyond what’s acceptable. I have been dismayed frequently enough when my complaint hasn’t been upheld and I find this unfathomable”.

She added that social media moderators (where they are human and not machine learning bots) often read the comment in isolation and not as part of a wider thread for context. So a comment reported for threatening someone’s safety for instance as part of a long tirade is often not ‘of itself’ enough evidence it was directed at someone. Any human being reading the thread would see the problem clearly though, and this is a part of the problem with social media moderation by platforms.

Debbie called for a change in editorial process within the social media platforms, but observed that ultimately social media reflects society back at us and so this is the value of taking boycott action such as organised within this campaign to signal to sport fans that racism is not tolerated.

Listen to the full broadcast or skip to 3:04:00 to hear what Debbie had to say about the #StopOnlineAbuse campaign. Don’t miss out! The broadcast is only available until 31 May 2021.

If you’d like to talk, get in touch with Debbie and the Destination Digital team on info@destination-digital.co.uk or call 01629 810199.