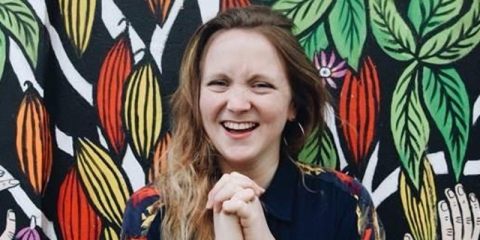 Event starts at 7.30 pm (doors open at 7.00 pm) Reading, Q&A and book signing with Hollie McNish, winner of the Ted Hughes Award for New Poetry . Join us for performances from poetic memoir Nobody Told Me a taboo-breaking, humane and funny account of new parenthood and Plum, a wise, sometimes rude and piercingly candid account of memories from childhood to attempted adulthood. Expect strong language as Hollie charts her journey through school discos, guilt, sex, politics, death and friendship allowing her poems to be interrupted by earlier writing from her younger self. A salute to life in which we are always growing, stumbling, falling, changing, and discovering new selves which add to our own messy store.  Hollie McNish has thrilled and entranced audiences the length and breadth of the UK with her compelling and powerful performances.