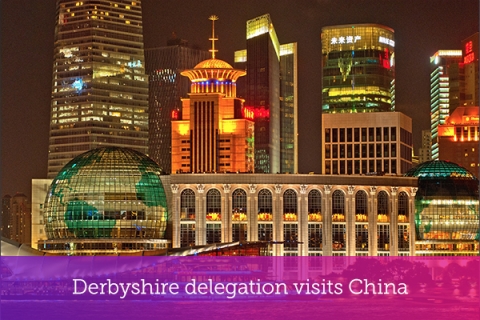 Following on from last year's visit to the country, a delegation of Derby and Derbyshire businesses and civic leaders has returned to China as part of a wider Midlands Engine trade and investment mission.

The delegation is visiting China with the aim of furthering civic and economic partnerships with the city of Hefei in Anhui province, which could potentially boost trade and tourism.

As part of the trade and investment mission, the delegation will also visit Shanghai to showcase Derby and Derbyshire at the China International Industry Fair.

At the fair, the UK has been named the Country of Honour, and the Midlands Engine is set to launch its China Strategy, which will be officially unveiled by Sir John Peace.