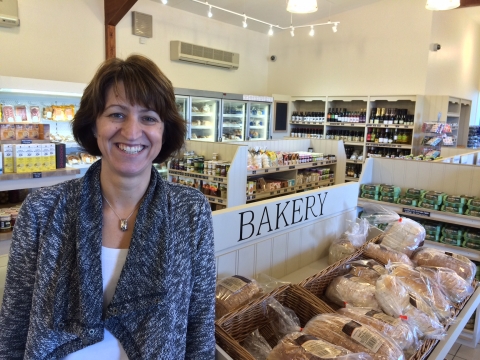 The co-owner of one of Derbyshire’s most popular farm shops has been appointed to the board of directors of FARMA, the trade association supporting farm retail.

Kay Croot, who runs Croots Farm Shop near Duffield with husband Steve, was voted into the position at the association’s annual conference held at The Forest Pines Hotel and Golf Resort in North Lincolnshire.

Kay hopes that her appointment will give a stronger voice to small and medium-sized farm shops across the country.

“Farm shops are a key sector in the UK, providing rural employment, ways for local producers to sell their products, diversification opportunities for farming families, and the chance for shoppers to reconnect with the sources of their food,” said Kay.

“FARMA is a not-for-profit association of the best real farm shops and real farmers' markets from across the UK. It champions the people who grow and sell Great British produce and I’m delighted to have been appointed to the board of the organisation. I hope to represent farm shops just like Croots from across the country – giving us a voice on a national stage.”

Croots Farm Shop is based at Farnah House Farm, Wirksworth Road – the farm that Kay grew up on and which has been run by her parents Jim and Sue Yates since 1968. They farm livestock and also breed Shire horses. She and husband Steve launched the farm shop ten years ago this summer – and it has gone from strength to strength, with an award-winning butchery, extensive deli, popular café and shelves stacked with quality local produce, as well as items from further afield.

It also sells a range of bakes created exclusively for Croots by Great British Bake Off contestant Val Stones who is the sister of Steve Croot.

A former director of Boots, Kay joined the farm shop full-time in 2015 after spending more than 25 years in the retail sector, working with brands like Boots, Asda and Aldi. She has been a buyer for Aldi, a central merchandising director as Asda, and more recently held several senior roles at Boots including commercial director for various departments.

“Croots Farm Shop is proud to stock items from more than 40 local producers, who are within a 50-mile radius, and to provide employment opportunities to more than 30 people,” said Kay. “I’m hoping my appointment will help to raise the profile of small and medium-sized farm shops across the country and the role that they play in local economies and in supporting local food production.”

Croots Farm Shop has been a member of FARMA (National Farmers' Retail and Markets Association) for several years.