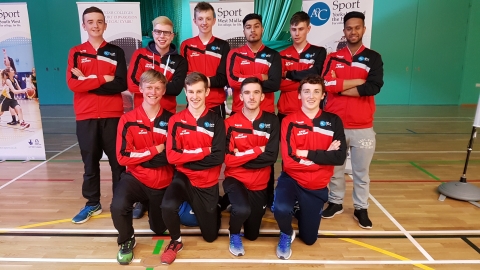 The team played four group games and topped the group having won three and lost just one. In the semi finals Derby beat Joseph Chamberlain Sixth Form College who represented the West Midlands and then faced New College Pontefract who represented Yorkshire and Humberside.

Bowling first, Derby managed to restrict Pontefract to just 23 runs. Going into bat Derby needed four runs from the final four balls which they achieved to win the title.

The Academy, spearheaded by Andrew ‘Freddie’ Flintoff is a partnership between Derby College and Activate Sport.

Players receive dedicated cricket coaching every week as well as working towards additional qualifications to help them gain work and volunteer within their chosen sport. They also benefit from masterclasses from past England Internationals as well as trips to venues such as Old Trafford, Trent Bridge, and Loughborough.

The team also play a series of fixtures against some of the best schools and academies in the region.

For further information about the academy please visit www.derby-college.ac.uk or call 0800 028 0289.