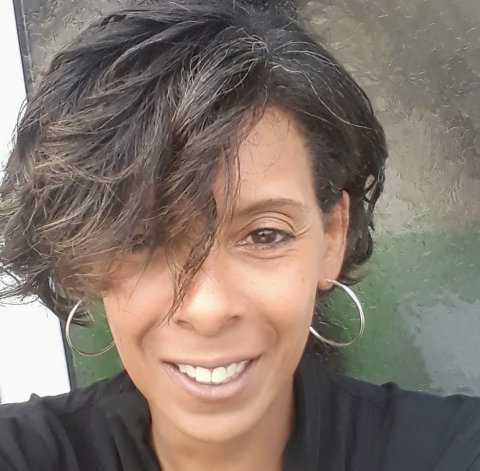 A caring Derbyshire housing trust manager who has spent years helping many people in tough life situations get back into employment is up for a major national award.

Julie Howells, head of employability services at Derventio Housing Trust, is one of only five shortlisted in the Frontline Manager of the Year category of the Employment Related Services Association (ERSA) awards.

The awards, which are being held virtually on November 25th, celebrate the unsung heroes who work to improve the lives of jobseekers, communities and the wider workforce across the UK.

Nominations were sent in from across the private, voluntary, social enterprise and public sectors.

Derventio Housing Trust is a Derbyshire organisation providing housing, support and specialist projects to people going through troubled times in their lives. Many face a range of problems including poor mental health, isolation from family, and issues with substance use.

As part of her role, Julie has set up three services with the aim of helping people get economically active again. One of these, Talent Match, has supported 222 young people.

She manages a team of fourteen people across three projects, many of whom have lived through some of the barriers faced by those who use Derventio’s services, including mental health issues, domestic violence, and neurodivergence, such as autism. In this team alone, Julie’s support has led to two people going on to become social workers.

People helped by Julie over the years, along with her team, paid tribute to her calm, unflappable attitude and unwavering support in helping them during difficult times in their lives.

Julie, who works from Derventio’s office in Ilkeston, said she enjoyed nothing better than the satisfaction of seeing someone coming from a low ebb to being economically active again and said her nomination was all down to the hard work of her team.

One of the many people she has helped over the years is Stephen Fletcher, of Riddings. Facing homelessness because he struggled with the paperwork to get himself a new place to live, Stephen credits Julie with helping him turn his life around.

As soon as he was referred to Derventio, Julie took Stephen under her wing. Her support included getting him a bank account, hiring a removal firm, sorting housing benefit, registering him for council tax and utilities, and even helping furnish his new home.

Of her nomination, Julie said: “I’m overwhelmed, but without my team nothing would be possible. They make me proud every single day.

“Working with people in my role is brilliant. Seeing what they go on to achieve is something that hits you every single time because everybody’s story is completely different and when you’re working with people and going with them step by step through that journey, watching them going through it – there isn’t really another feeling like it.

“You know that people have got the ability, and they can do it. They just need that person behind them believing in them.”

Julie added that role had become particularly important during the Covid pandemic, which created further barriers for many people trying to get back on their feet.

Derventio’s assistant director Jackie Carpenter said: “As head of employability services, Julie has been instrumental in setting up and delivering Derventio’s employability contracts from scratch.

“Everything Julie does places the people we work alongside first and foremost. This shines through everything, from her friendly rapport with participants and her willingness to go above and beyond to help people reach their employment goals, and her unwavering support in the background to the staff team.

“Everyone in the team says that without Julie’s support, encouraging them, problem solving, and making everyone feel part of a great team they couldn’t achieve their amazing results, like Nick who set up his own drystone walling business, Amber who did an apprenticeship, and Simon who got work for nine hours a week which was increased to a full-time job.

“Time and time again she has proven her commitment to participants by stepping in to provide hands-on support. We are immensely proud of Julie and all that she does. She richly deserves the honour of being shortlisted, and everybody is hoping that she’s successful at the awards.”

It helps more than 1,100 people each year by offering housing, support and specialist projects in order that they improve their health and wellbeing, increase resilience and prepare for independent living, learning and employment.