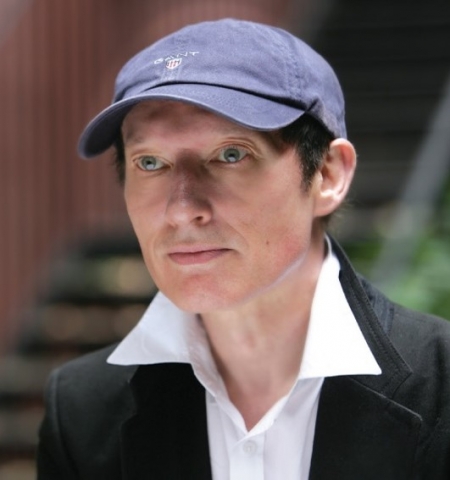 Paul joins the organisation on Monday 5 December, with many years of executive leadership experience and numerous accolades for his services to the theatre Industry. In 2015 Kerryson was awarded an MBE at the New Year’s Honours; he is an honorary doctorate from De Montfort University and he was named one of the industry’s ‘100 most influential people of 2015’ by The Stage newspaper. Paul also received the UK Theatre Award for Outstanding Contribution to British Theatre in 2014.

High Peak Theatre Trust Chairman, Carol Prowse said of the new appointment: "The Directors and staff of Buxton Opera House are delighted to welcome Paul Kerryson as Interim Executive Director. Paul has a national reputation having held many positions in high profile theatres and he played a pivotal role in the opening and artistic development of the Curve theatre, Leicester. His expertise and knowledge of the arts will be a huge asset and we look forward to working with him."

Paul Kerryson was appointed Artistic Director of Leicester Theatre Trust from 1991, guiding the artistic vision for the capital project that resulted in the creation of Curve, a totally inclusive theatre that was opened by Queen Elizabeth II in 2008. During the following years at the Curve, he was credited for introducing a programme of community engagement – one of the first of its kind to reach thousands of participants with a diverse range of activities. Kerryson was also responsible for many of the city’s biggest and most successful shows, attracting world famous artists and producers to the theatre including Akram Khan, Cameron Mackintosh, Emma Rice, Harvey Weinstein, Matthew Bourne and Stephen Sondheim.

Throughout his time at the Curve Paul also self-directed many highly successful productions, including The Pillowman and The Lieutenant of Inishmore by Martin McDonagh, The King and I, which sold out on a national tour, and Chicago, nominated for a UK Theatre award for Best Musical. He returned to the Curve last December to direct a record breaking production of Oliver!, whist the hugely successful production of Hairspray created under Paul’s direction is set to go on its second national tour next year, performing at Buxton Opera House in October 2017.

The beautiful Grade II * Listed Buxton Opera House and its contemporary sister venue Pavilion Arts Centre is considered one of the country’s leading regional receiving theatres. In 2016, for the second consecutive year it was voted the East Midland’s Most Welcoming Theatre, winning a coveted UK Theatre Award. The theatre stages around 500 events per annum.

Paul Kerryson said of accepting the role of Interim Executive Director: “Having lived near to the glorious Buxton Opera House for the last twenty years, it is a great privilege to be appointed as Interim Executive Director. I will look forward to working with the talented Buxton Opera House team to enhance the local and national reputation of this great venue. I will be seeking creative partnerships to bring the very best in a wide range of high quality productions to the Opera House, whilst also providing a platform for local talent, participation and learning at the heart of the programme.”