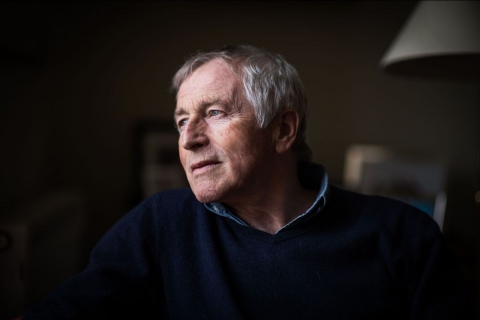 It's with great pleasure that we are able to announce that Jonathan Dimbleby, presenter, author and historian, will be speaking about his latest book, Barbarossa: How Hitler Lost the War, at the 2021 Buxton International Festival on Monday 19th July, 12.30pm.

Drawing on hitherto unseen archival material, including previously untranslated Russian sources, Jonathan Dimbleby puts Operation Barbarossa, Hitler’s Invasion of Russia in June 1941, into its proper place in history for the first time. From its origins in the ashes of the First World War to its impact on post-war Europe, and covering the military, political and diplomatic story from all sides, he paints a full and vivid picture of this monumental campaign whose full nature and impact has remained unexplored.

Described as a masterwork, told with verve and elan, Dimbleby argues that Barbarossa was a colossal mistake that lost Hitler the Second World War. Jonathan will be in conversation with Professor David Reynolds FBA, the author of The Kremlin Letters.

This exciting event is open for online booking now. The box office will be available to take bookings by phone from 10am tomorrow.

The superb programme for the BBC Philharmonic Orchestra with Jennifer Pike on violin, playing on Monday 19th July, 7.30pm has now been revealed!

Find out more about the BBC Philharmonic Orchestra event

We would cordially like to invite you to join the Friends Book Club led by author Sarah Ward who is also appearing at the historical crime fiction event, together with writers Martin Edwards and Nicola Upson. There is no obligation to become a paid member to participate - this new group is open to all.

The first conversation will take place on Tuesday 9th June at 11am where the group will discuss A House Full of Daughters by Fiona Nicolson. The meeting will be held online via zoom but we hope to host a physical event in the future. Numbers are limited to 30.

To book your place and join the Friends Book Club, please e-mail: friends@buxtonfestival.co.uk.