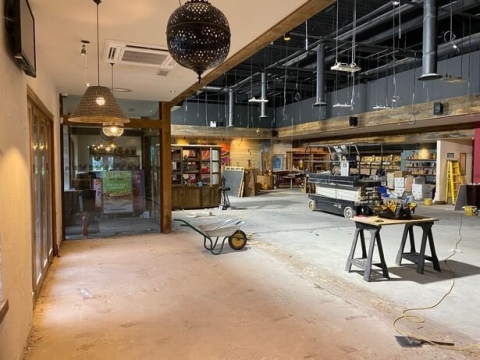 A businessman who is involved in NK Motors and Lotus Indian Kitchen has revealed plans to open a new Indian tapas restaurant and cocktail bar on Pride Park.

He said: “I'm 110% confident in the idea. It may be brave, or it may be stupid, but sometimes you've got to take chances.

"With lots of places shutting down, I wanted to make sure we could offer something positive for the people of Derby in the new year."

Initially, Sanj thought about using the property as an extra showroom for NK Motors. But he then decided to turn it into a new restaurant, capable of catering for around 250 people.

He said: "This is something completely new. It's not like anything else in Derby. We're hoping to offer a bit of everything under one roof.

"One half of the restaurant will be dedicated to modern Indian cuisine, and the other will be a lively cocktail bar.

"We're going to have a dedicated DJ deck to offer live entertainment on Friday and Saturday nights. It's going to be the place to be."

Sanj said the location was the key to his decision to turn the property into the new venture.

He said: "Pride Park is the best location in Derby. You have the football stadium, loads of people driving by and foot traffic. It seemed the perfect place to open up a new restaurant."

NK Construction, part of the NK Motor Group, is now carrying out the refurbishment of the property. It is hoped that the new venue, which will offer mixed grill dishes and tapas sharing plates, will open in the spring.

Sanj said: "It was initially only going to be a quick revamp but, when we got in there, we decided to renovate it properly.

"Everything will be set up to hold over 250 people and offer a high-quality dining and leisure experience."

And Sanj already has plans for further expansion, which involves extending the venue after its first 12 months of trading.

He said: "I've created plans to build a sleek champagne bar or shisha lounge at the other end of the car park. There is loads of space to expand. We have so much potential and I can't wait to get started."