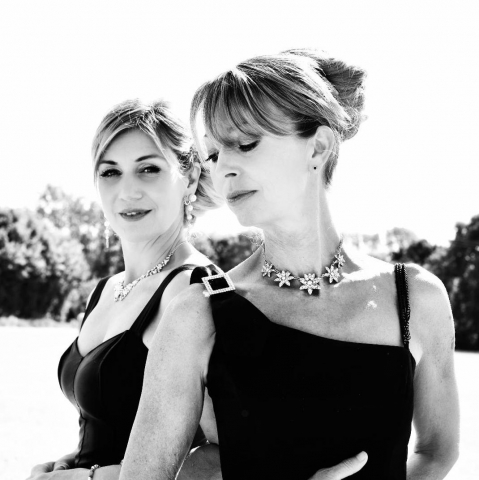 For over twenty years soprano Rebecca Knight and Derbyshire born Karen England  have performed across the world as the OperaBabes. Having taken a break, the duo return to the concert stage at St. Peter's Church, Belper on 19 November.

Rebecca and Karen were spotted busking in Covent Garden and within days they were singing at the FA Cup Final and the UEFA Champions League Final in Milan. A recording contract followed. Their first album, 'Beyond Imagination', spent eleven weeks at Number One on the UK Classical Chart and reached number four in the USA.

Concert performances continued and they included appearances at the LA Opera House with Placido Domingo and shows with Andre Rieu and orchestras including the London Symphony, the Halle, Berlin Symphony and the Liverpool Philharmonic.

Having taken a voluntary break to raise families and an enforced Covid hiatus, the OperaBabes have returned to the stage with a new show that includes guest performers including the hugely talented concert pianist Gretel Dowdeswell. Gretel is a regular on BBC Radio 3.

Karen said “Coming to Belper will be like coming home. It will be great to catch up with friends and family.”