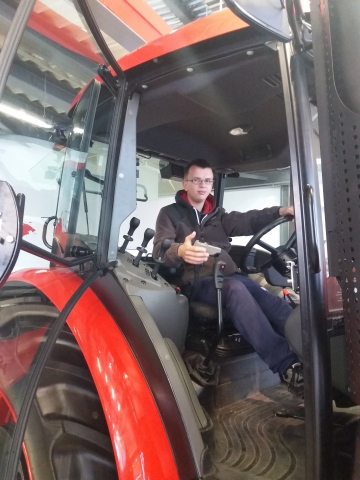 Thirteen students from the Morley based campus, were hosted by tractor manufacturer Zetor for the second year running.

They were able to test drive the latest tractors, tour the manufacturing plant production line and see some of the latest prototypes being tested on local farms.

“The students enjoyed last year’s trip so much that we arranged a second trip out there this year and Zetor pulled out all stops to ensure that they saw even more.

“It was another great success for the students involved and showed them all aspects of the agricultural industry along with that of the testing and design of the new tractors that Zetor produce.”

Amongst the student were, Steven Godber (18) who is an apprentice at Swingate Farm near Kimberley.

He said: “The trip has been a real eye opener about a number of different aspects of the industry. My boss encouraged me to join the trip to see how things were done in a different country and I hope to go back sometime in the future.”