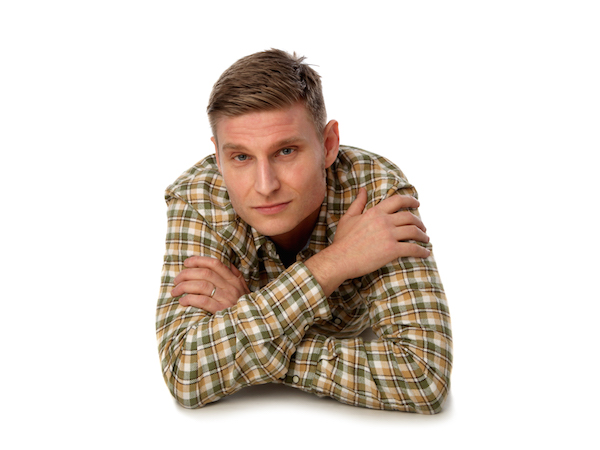 Comedy
Headliner Scott Bennett, who has appeared previously at Melbourne, is one of the best local acts around and we are delighted to have him back.
Based in Nottingham he pioneered the viral hit during the pandemic “Stand up from the Shed” where he performed a weekly live topical comedy show direct from his garden shed. He was also recently voted as ‘Best Act” in the prestigious Comics Comic Awards, selected by promoters and other comedians in the industry.
Also a writer and support act for tours by Jason Manford, Rob Brydon and Michael Mcintyre, he has written for TV shows including First and Last and the Chris Ramsey show, and you will have heard him on Radio 4s News Quiz and the Now Show.
Scott is one of the most likeable and funniest acts on the circuit
Dominic Woodward was also a popular hit the last time he came to a Funhouse show. His authentic friendly Northern banter with the audience is wholly endearing and at the end of a 20 minute slot you feel like you have made a friend, rather than watched a performance. His story about his encounter at a check-out has also reached viral dimensions. Be prepared, however, for some surreal surprises too – having watched him recently on a zoom birthday party he can take you down some very bizarre situations!
Ant Dewson is comedian, mediocre piano player and singer of silly songs. Many of which are rude. He’s a regular performer at the UK’s best comedy clubs including Up The Creek, The Stand, Funhouse Comedy, Top Secret, Angel Comedy, Out of Bounds, The Stand Up Club… to name but a few. Compere for the night is Dave Williams.
Depending on rules in place at the time mask or other restrictions may apply.