This year the music world in general and Derbyshire in particular has lost two giants.
Promoter musician & folk icon Mick Peat died in January. Barry Coope, whom John Tams described as 'the greatest singer of this or any generation', passed away on 6th November.
St. Peter's Church, Belper will be the venue for three concerts in May 2022 celebrating the lives of two remarkable men.
The concerts will feature multi million selling recording artiste and Olivier Award winner Barbara Dickson, folk guitarist and singer Bob Fox and Daphne's Flight which features five of the best singer / songwriters of their generation.
Profits from the concerts will go to good causes chosen by the families.
“All the performers are very keen to take part in the celebrations,” said George Gunby, Director of Belper Arts Festival Limited. “Their enthusiasm illustrated the high regard they hold  Mick Peat and Barry Coope in.”
Barbara Dickson
Barbara Dickson's recording career has resulted in 17 Platinum and Gold Discs.  During the 1970's Barbara had a string of hit singles including 'Answer Me', 'Caravan; and 'Another Suitcase In Another Hall'. Her duet with Elaine Paige, 'I Know Him So Well', soared to number one, selling almost one million copies.
'John, Paul, George, Ringo and Bert' saw Barbara's West End debut. This was followed by Olivier Awards for her roles in 'Blood Brothers' and 'Spend, Spend, Spend' and rave reviews for the television series 'Band Of Gold'.
Barbara's career began in the folk clubs of Scotland and those roots have never been far from the surface. She has constantly toured to packed houses and her fan base is as strong as ever. 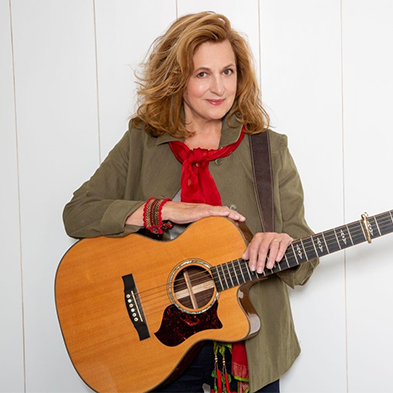 “I remember Mick Peat very well and he was a great supporter of mine during my early professional career.” Barbara said.
Barbara Dickson, with Nick Holland on keyboards, will appear at St. Peter's Church, Belper on 7th May 2022. Tickets £30 from Derby Live and St. Peter's Church, Belper.
Bob Fox
Bob Fox began his professional career in 1975 after five years as the resident singer at the Davylamp Folk Club in Newcastle. His solo career has been  punctuated with highly successful collaborations. During the 1990's, in partnership with Benny Graham, he developed a multi media show based around  the mining communities of Durham and Northumberland that resulted in the CD 'How Are You Off For Coals'.
After performing for the BBC's 2006 Radio Ballads, he performed the part of Songman in the hugely successful 'War Horse' which ran for eighteen months before touring Britain, Ireland and South Africa for another eighteen months.
In concert, Bob Fox combines a dry wit with his great musicianship and vocalisation. 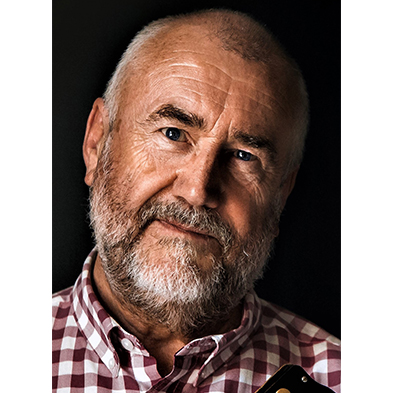 The singer Ralph McTell said “As soon as I heard Bob Fox sing I realised he must have one of the best voices in England, I have always regarded him as an artist of great ability and integrity.”
Bob Fox will appear at St. Peter's Church, Belper on 14th May 2022. Tickets £12 from Derby Live and St. Peter's Church, Belper.
Daphne's Flight
Daphne's Flight are Julie Matthews, Chris While, Melanie Harrold, Helen Watson and Christine Collister, five singer / songwriters who, in 1995, found themselves at Cambridge Festival. They decided to sing some songs together ... magic happened and Daphne's Flight took off. The collaboration resulted in an album and a sell out tour. Then they went their separate ways.
It was twenty years before five of the best singer / songwriters reformed – older, wiser and twice as inspirational. This resulted in the release of the critically acclaimed album Knows Time, Knows Change in 2017. The entire 2017 tour was recorded on digital multi-track, from which a third album, Daphne's Flight Live, was assembled and released in 2018. The group continued touring during 2019 and into 2020.
Daphne's Flight come alive in concert. A wide range of musical genres feature stunning, imaginative, incandescent harmonies. The songs range through folk, rock, soul and blues. The joy and energy the group feels encompasses audiences. 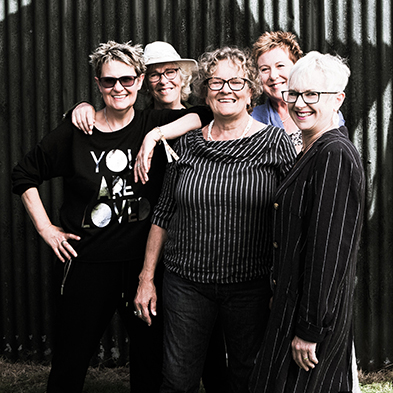 Daphne's Flight will appear at St. Peter's Church, Belper on 30th May 2022. Tickets £20 from Derby Live and St. Peter's Church, Chesterfield Rd., Belper.
MICK PEAT & BARRY COOPE (Written by George Gunby)
Pre-Covid, on any given Thursday, if you walked into Belper's Devonshire Arms at lunch time, the odds are you'd find you find a trio consisting of Barry Coope, Mick Peat and John Tams eating lunch and 'shooting the breeze'. I consider myself very fortunate to have been part of some of those lunch time sessions.
This year in the space of ten months, the world became a poorer place for the loss of Mick and Barry.
Mick Peat
Ripley born Mick began performing at Alfreton’s Upstairs Cellar in the 60s before starting his own folk club. With The Ripley Wayfarers he toured professionally. The highly acclaimed Rogues Gallery featured both Mick and Barry Coope who went on to perform and create the music score for The Northern Mysteries in a record-breaking run at Sheffield’s Crucible Theatre, in a version by John Tams.
Mick was one of the longest serving presenters and best-known voices on BBC Radio Derby with his Folkwaves show – a 25-year tenure syndicated across the East Midlands. In 2004 The Derbyshire Volunteers was formed, an assembly of local musicians intent on raising charitable funding and Mick was the first in line. More recently as a successful promoter he established the nationally renowned Derby Folk Festival.
Mick holds the Belper Arts Festival / Andy Potter Award for Services to Community Arts and was awarded the prestigious “Gold Badge” from the English Folk Dance and Song Society.
Barry Coope
Drystone, with Barry Coope and John Tams, was his latest project, a not-for-profit endeavour to rebuild the arts in Derbyshire and beyond following the devastating effects of the Covid-19 pandemic. As a founder and President, along with his friends and fellow musicians, he was instrumental in bringing the project to fruition.
Barry Coope was born in Belper He was first inspired to sing at Belper folk club. In the 1970s and 80s and he played in the Derbyshire folk bands Ram’s Bottom and Rogues Gallery.  In 1982, Barry performed in a touring show of English dance, music and song, The Everlasting Circle, produced by the English Folk Dance and Song Society and was song director at Sidmouth folk festival in Devon from 1983 to 1984. In 1986, he joined the Old Hat Dance Band, playing on their eponymous 1992 album. It was around this time that he teamed up with Jim Boyes and Lester Simpson in the mainly a cappalla, harmony driven Coope Boyes and Simpson. Twenty five years and nineteen albums later, the band gave their final performance at, appropriately, Derby Folk Festival.
In the 1990s, Barry had been a member of John Tams’ group The Questionnaires as well as the John Tams Band, and he teamed up with Tams as a duo, performing at festivals including Glastonbury, Cambridge and Cropredy. The two men had worked on Tams’ albums Over the Hills and Far Away: The Music of Sharpe (1996), Unity (2000) and The Reckoning (2005). They won best duo in the 2008 BBC Radio 2 folk awards. Barry also performed with Tams in War Horse readings with Sir Michael Morpurgo. Barry contributed both his voice and musicianship to the BBC Radio 2 series of Radio Ballads.
Barry’s nationwide performances were fitted around his full-time job. He was still very rooted in his native Derbyshire, and was an inspiring leader of the Rolling Stock community folk choir, and a member of the charity fund raising folk big band the Derbyshire Volunteers. It was in 2017 that Narthen was formed, a group that featured his wife, Fi. 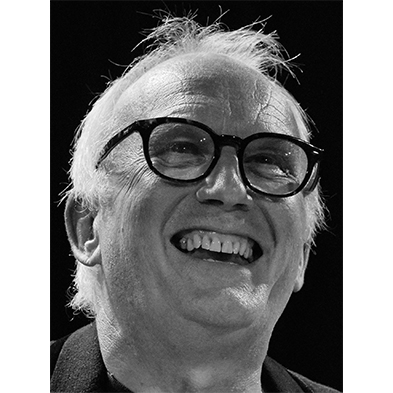 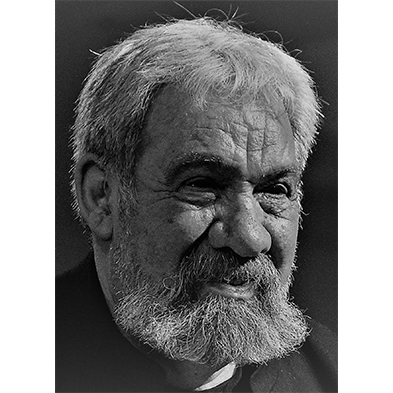 Pictured left to right: Barry Coope and Mick Peat
John Tams regards Barry’s voice as “one of the greatest I’ve ever come across. He was exceptional: the best and truest singer of his and any generation.”
Lives inextricably linked, now celebrated not only for their music but their humanity.
For further information on the 'Concerts Remembering Mick Peat & Barry Coope', please contact:
George Gunby (Director, Belper Arts Festival Limited)
07847 478251 | nonnel@sky.com | Facebook
Back to news